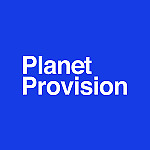 not as good as it could be

Breath Of Fire Dragons Quarter has to be the most complex and difficult RPG I have ever played. Basically, the game plays like a standard RPG, with strings of dungeons, interspaced with "towns". You only have three playable characters so you can concentrate your level building quite easily. The battle system itself is quite cool, as it requires that you take into account positioning and distance in all your strategies. Players can run around on the battlefield at will within a specified range, but it consumes points that would otherwise be put towards combat, so you will be playing very tactically a lot of the time, which I found a lot of fun. You have to learn different skills as the game progresses, and then attach them to your weapons and armor to use in battle. But the attacks that you dish out only prove really effective if you use the games "combo" system. In addition to this, the many different types of weapons and armor on offer have a bewildering range of benefits and drawbacks that make assembling a selection of "best" equipment impossible. Again, it's all really poorly explained in the manual. However, there is an even bigger drawback to the game, in my opinion, which is the Dragon Counter. Once you reach a certain point in the game, the lead character takes on the ability to assume a hugely powerful dragon form, which potentially makes every battle a pushover. The drawback? Once you get this ability, a timer appears in the corner of the screen for the rest of the game, counting towards 100. Any use of the dragon form speeds up the counter drastically, and the penalty for reaching 100 is Game Over-permanently. There is no way to stop or reverse the counter, and once you get towards the last stage of the game where the final bosses can only be beaten with dragon form attacks, if you don't have a pretty large chunk of counter left over, you simply can't finish the game. Its a hugely unfair and crippling mechanism to have, and one that almost made me give up even after I had worked really hard to get a long way into the game. Think you can just do lots of leveling up to become invincible even without resorting to the dragon? Sorry, this is a linear game...there are no random encounters and no way of revisiting dungeons that have been cleared. Plus, saving is done by means of consumable save tokens, which are far too scarce. I'm being very negative here, but let me add that I did enjoy some aspects of the game. The graphics look great, and the plot is intriguing, with characters that are very believable. In conclusion then, a fine looking game with dynamic battles and a good storyline, crippled by a massive penalty for using the best skill in the game. There is a restart system to soften the blow in which you retain certain attributes and gain access to new areas when you restart, but that's not good enough for me. I worked hard and replayed many sections to be able to make it to the end credits just once, and I don't feel much like going through it again. Be warned.

A Fun Game, but Disappointing at Times

This game has a few good things and a few bad things going for it, and I'll try to keep this short and discuss the things I consider the most important aspects you should focus on. One of the worse things about this game is the "difficulty". Yes the game is difficult - if you never use healing items. One of the biggest short comings in the game is the fact you can use items an UNLIMITED number of times per character turn without repercussions. What it all comes down to (which becomes painfully evident on the last few boss battles where the battle is drawn out mostly because of their defensive barriers and huge health) is just how much money you spent on healing items. Which isn't difficult to muster considering you almost never find equipment worth purchasing. I found this to be very disappointing, because all previous BOFs I've played gave a pretty decent difficulty. The second thing that hurts this game is the dragon counter system. At a certain point in the game you get your classic BOF dragon form, but, their is a catch. Every time you use your dragon powers it adds to your d-counter, and when it hits 100%, it is game over instantly. Don't get me wrong, I love the ingenuity and the idea behind it. But the problem is... YOU DON'T KNOW WHEN THE GAME WILL END. If you had some kind of idea it wouldn't be a problem. So normally what you do during your first (or second, if you didn't know a 100% d-counter kills you; the people who wrote the manual only hint not to use it often) is almost never use your dragon form, which takes away from one of the most fun parts of all BOF titles. Despite these major short comings (and a few tiny others) I still find it a fun game. The story and game environment is great and original, the combat system is different and fun (it relies mostly on pre-battle thought out combos and tactics), the music is excellent and the graphics are good too. I've played BoF3 and 4 and I have to say BOF3 continues to be my favorite, with Dragon Quarter second in line. If you want an decent and unique RPG that is fun (or if your just a BOF fan), you'll enjoy Dragon Quarter, but if you demand difficulty from your games you won't find it here.

This game is an amazing find. This was my childhood. A lot of people like to try and say it's garbage but it's not. The game itself is technically a race. The point of the game is to make it to the end before it's too late and a lot of people don't like that. The story is amazing, the combat is very unique and there are hidden minigames throughout the entire game. Nowadays you can't find games that are an actual challenge like this. I highly recommend people give this game a honest try. Also when you actually beat the game the game is not over. .o Remember that one.

So my parents got me this game when i turned 13 years old (about 10 years ago). Anyway, let me start by saying this game has a wonderful compelling story line. You meet a little girl whos dying and you have to make get out of the underground world before she dies. However, this game has a serious drawback which just totally kills the game for me... its the damn D-Counter... Okay so you gwt this amazing power to transform into a kickass dragon. the catch is your D-counter goes way up if you transform of use any abilities. this D-Counter also goes up when you walk/run. As my first T rated game, it really just sucked... because how I am supposed to have fun if i can't turn into a dragon?? Unlike the BoF game i played before this one which was amazing. This one just flat out sucked. its almost like torture!!! Like HEY HERE'S AN AMAZING DRAGON POWER !! OH WAIT SORRY YOU DEAD. lmao yeah screw this game! Look all i'm saying is that if you Love getting your ass kicked in relentless battles that are a pushover because you can't transform because the D-Counter kills ya... Go ahead buy this game!! i was just looking at the listings to buy this game to piss my b/f off (lol). You have been warned :O

the aesthetics & setting reminds me of the PS2 SMT's

:) great condition & is working fine, can't wait to get back into PS2 gaming after finishing some PS4 titles