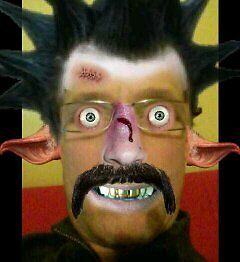 This phone has a great speech quality, screen and camera. As I bought it used without replacing the old batteries I cannot say how good are them but differently from other manufacture when charged inside the phone are perfectly filled meanwhile other needs more time inside special external charger as most of phones are unable to charge them fully. Also new phones tend to have low volume of the ear piece, this one luckily I can hear clearly whoever and wherever I speak with.

Nice looking phone with a good camera but thats about it. Touch screen is annoyingly sluggish and the phone is constantly failing to get a signal. It will be getting sold soon!

I bought this item because I was convinced it was the best phone around from what I had heard and seen. It has a 5 megapixle camera and high quality video capacities. Both of these perform really well. It has a good flash but this is not so good in auto mode, I generally keep mine in party mode which is fine as I mostly take photos of people. The video function is really impressive, it has a light which adjusts to darkness, also zoom and visual effects work in this function. The internal memory is small for the purposes of the phone but look on ebay, I got a San Disk 4GB memory card for £10, Should hold at least 24hrs of video..Who needs a video camera on top of this if you're only making home movies? I hear alot of people saying they're selling theirs in favour of Sony Ericson phones. I've got both and they're fair contenders to each other but if you want a phone other than the Sony Erricson and it's more streetwise appeal, this is it. It doesn't come with hands free device. It has a touch screen which is a luxury, however it is as much a demo of that technology as anything, you will generally only be using the navigation touch keys [which look beautiful in neon blue]. On that subject the touch screen demands a bit more of your attention than would otherwise be the case but it keeps you interested and is relaxing. There are games that come with the phone that aren't very challenging but it was fantastic to control a game for the first time by moving the whole handset! I think that's the way games are meant to be played. There are more challenging games to download and there are a couple of demos like Sonic The Hedgehog etc. The software is the best I have used, the sound quality is top. The number keys chime a note- 1 being lowest and 0 being highest. This should be good because you ears will train themselves to each note and you wont have to look at the screen, it is reassuring when reading a number to hear a note that sounds right but with this turned on, surely all KF750 users can hear what number you're dialling? Charges quickly, perfect weight for a slide phone. For an all round, classy number you'll get you're money's worth.

An Attractive and Powerful Phone

The LG KF750 is a beautiful phone. Its design is one of the finest I have seen, epitomising simple elegance. Not only that, but within its svelte lines, it manages to contain a wealth of powerful features not previously seen in LG's Black Label phones. Given its small size, it is also surprisingly heavy, which works in its favour, to make it feel all the more well constructed, in addition to the fact that there are no creaks or squeaks from it when pressed. The toughened glass screen gives the phone a smooth line that catches the light wonderfully...for the first two minutes, until you handle it, and it picks up every fingerprint. However, I don't feel I can blame LG for this - how can you avoid fingerprints on a smooth, shiny surface? The rear of the phone is similarly sleek, with a carbon fibre battery cover, which is surprisingly weighty for its size, and which is finished with a glossy glass-like surface. Curving over the top of the handset, a leather-look piece continues the high-quality appearance. Adding to the aesthetic beauty is the unique navigation panel at the bottom of the large colour screen, which LG calls "Blue Touch". This is a touch-sensitive panel incorporated behind the same unbroken sheet of glass that covers the screen, and it contains four directional buttons and two soft keys, as well as one "normal" protruding key in the centre. The directional keys are lit up as blue dots when the phone is turned on, and when touched, they appear to ripple in blue. However, this leads on to the one problem I have had with the phone, and which I have heard of in various other cases too: some of these lights seem to have slightly dubious wiring, and the 'up' touch button on my handset disappeared after a couple of weeks. The touch funtion still worked, but the accompanying light did not. However, the phone has been sent away for repair, and I am hopeful I will soon have it back with all lights blazing! The KF750 Secret packs in the features: 5mp camera with multiple modes and functions to get the best from your pictures, along with a power LED flash, which, while not as bright as xenon, is useful for recording film. This leads on to one of the most interesting functions of the camera: the ability to record slow-motion films at 120fps, or extra-high speed films. The resolution of these films is somewhat disappointingly low, but it is still an interesting and unusual function. The picture viewing is also fairly slick, with the in-built accelerometer rotating photos automatically to make them easily viewable. The KF750 also features parcial touch-screen capabilities, but only for certain functions. Press the touch-screen button on the side, and you are taken into the menu that allows you to choose between games (that use the accelerometer), photo viewing, music playback and document viewing among others. While it might be nice to see greater touch-screen integration, one of the reasons I went for this phone was that I previously had a Samsung i900 Omnia, and was driven insane by the uselessness of the touch-screen. I needed something with real buttons again! This is by no means an exhaustive review, but I have highlighted the reasons why I think this is a really cracking good phone, excusing its electrical fault with the lights on the 'Blue Touch' buttons. I would highly recommend it to anyone looking for an attractive, durable phone with a wealth of useful and powerful features.